A few weeks ago, Noah and I started co-reading this book: 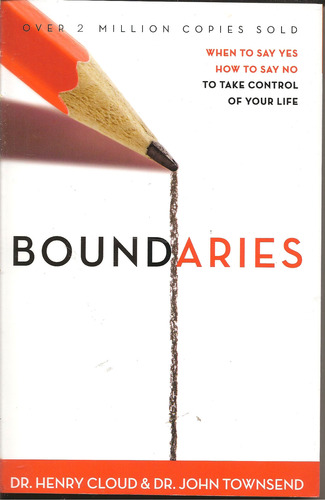 Isn't that so enlightened of us? We were starting to feel overwhelmed by our schedules—I mean, he has a full-time job and a part-time one with the Navy, to start with—so I thought it'd be good to step back from the majority of our other commitments and use this book to help us figure out what we really want to commit to and what we can let go.

Some of the chapters are more applicable than others, especially since the authors employ that most useful self-help literary device: Presenting The Worst Case Scenario to Make a Point. The people at the beginning of each chapter live these horrifyingly abysmal boundaryless lives.

In the chapter on creating healthy boundaries with your spouse, the imaginary protagonist (the wife, naturally) was basically married to an alcoholic sociopathic narcissist. One of his flaws was not taking her seriously when she very reasonably asked him to quit being an angry lush, and the way to communicate her boundaries was to tell him what she needed and the consequence for his unwillingness to respect that boundary.

Janice: "Barry, I don't like it when you drink. You get mean, and I don't want the kids growing up this way. If you choose to drink, I'm going to take the kids and go to the Wilsons' house and I'm going to tell them why we're there."

If there's one thing I can't abide, it's an alcoholic sociopathic narcissist, so I may have done a fist pump and scribbled, "BOOYAH!" and "You go, Janice!" in the margin.

One of Noah's many strengths is the ability to tease the deeper meanings out of passages he reads, so when he got to the spouse chapter, he really got to the core of what the authors were teaching us about boundaries with Janice and Barry.

Last night all four of us stayed over at my parents' house. We don't have cable, and he wanted to watch the Panthers game. Problem is, it didn't start until after Oliver's bedtime and just before Ethan's. His solution was for all of us to sleep over so he could see the game and the kids could still go to bed on time.

This morning, before dawn, I shouted at him, "I'm so ticked at you!" after a night of wrestling with Oliver, who didn't take well to the pack-n-play.

Later I texted him to apologize, admitting that it was my failure to communicate a boundary that led to the outburst (I should have said, "Sure, we can sleep over, but it's on you to deal with the baby if he fusses during the night, because I can't get poor sleep and then have a good day with the kids tomorrow.")

In classic wonderful Noah fashion, he responded: "I will be okay with you being firm with your boundaries even when it means I don't get to do something I want."

For good measure, he tapped into the book's wisdom: "You should have just told me if I wanted to go to the game then you would take the kids to the Wilsons' and you'd tell them why."

Thanks, Boundaries. Now we tell the Wilsons all our problems, and it's working out great.
at 25.10.13

Yeah...we did that book a few years ago. I should say I read it and then relayed the synopsis of each chapter to parlay discussion. I fortunately was reading it with a group of older women in a Bible study so that they could tell me when I was being wise or foolish as it related to David, who apparently has fantastic boundaries compared to me. Sigh. I bet the Wilsons would love to hear about our marriage issues too. Oh Boundaries.