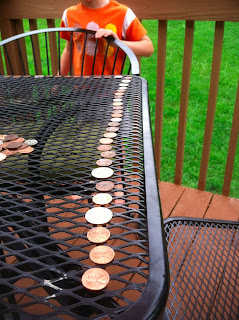 "Do you know what kind of coin this is?"

"That's right. And do you know who the man is on the coin?"

"That's Abraham Lincoln. A long time ago he was president of the United States."

"Well, a long time ago, right here in North Carolina, people with skin that's light like you and me were really mean to people with dark brown skin."

"Our skin is brown sometimes, like on our arms." 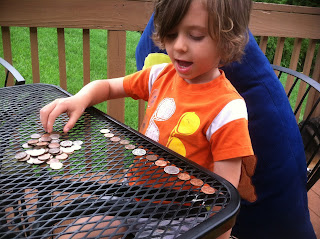 In the end, despite the shortcomings of my explanation and the complexity of racism I can't yet begin to describe to my five-year-old son, what really matters is that he judges his friends not by the color of their skin, but by the shapes of their heads.
at 7.6.13

I'm pretty sure his generation will be our salvation :)

(Not that I'm laying some huge burden on him or anything!)

My Nephew has a flat head. I am hoping your son will not judge him. Or absentmindedly rest his glass on his head for that matter.

Let's just hope he doesn't get follow this head-shape fascination into phrenology.

this made me smile