Sweet love, the icy North, and a burgeoning artist

Being a mom has been very rewarding lately. Ethan's imagination is through the roof, he's as charming as he's ever been ("You're my sweet love!" he whispered to me yesterday), and his combo of rapid learning and enthusiasm yields some pretty hilarious conversational results.

Last week when I was corralling his menagerie into the new "zoo" we made in his closet (more on that later; also, I've been majorly nesting), he asked for nearly every animal whether it belonged in a zoo. I was able to convince him that SpongeBob and a Frosty the Snowman could certainly go in the zoo because they wanted to visit the animals, but strangely I had more trouble with the penguins we got three years ago from SeaWorld. 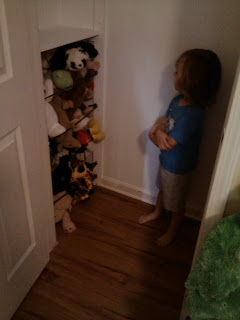 "Penguins don't belong in the zoo!" he shouted indignantly. "They belong in the icy Nowf!" (That's North, for those not fluent in Ethanese.)

Wildlife is a continuing interest for him. I can't remember what brought it up, but recently we stood outside the car waiting to leave for several minutes while he launched into a lecture on "pelic-birds" and how they scoop fish from the sea.

He's also something of an environmentalist (reminds me of me! I remember clearly the year I learned to spell "conservation"); the zeal of his beliefs came out full force when we all hopped into Senior Chief Buckshot for a trip to the city dump.

Normally he spends most of his efforts for the environment excitedly informing us about which items around our house can be recycled, but the dump trip was a chance to develop his creed. While Noah was paying, I explained to Ethan what was about to happen to our moldering futon mattress and various shards of DIY debris.

"YOU CAN'T DO THAT TO PLANET EAWF!" he shouted with more righteous indignation than I've ever seen out of a four-year-old. Also, a pretty ironclad argument.

"Well...this place is set up to make sure the garbage all...um...can go back into the earth...um...and you see that big green grassy hill? That's what grows on top of it."

The next issue was explaining that the bugs he saw crawling around a rotted cabinet from under the deck actually *liked* living in a giant heap of garbage, and if they didn't, they could certainly fly/crawl out on the green grassy hill and into the trees nearby and make a new home there.

He regularly uses his imagination/intellect in more typical four-year-old pursuits. Before he finally agreed to let me trim his hair last week, I pulled it into a remarkably Will Turneresque ponytail, and he went around as a pirate all day. 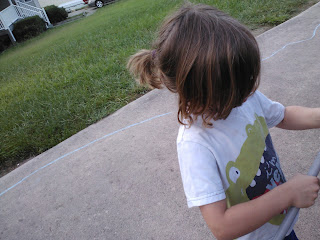 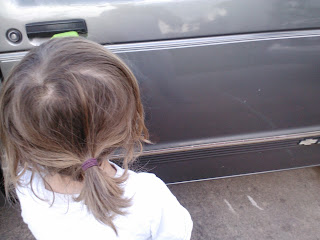 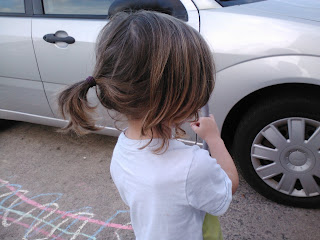 "Mommy, some pirates are just kids dressed up as pirates. But not me. I'm a real pirate."

Last night, he spent a solid half hour as Spider-Man, even sitting on my (visiting from Ireland for the first time since Noah and I graduated college!) Uncle Billy's knee reading a book, and relaying messages between "Ethan" (in his bedroom) and Uncle Billy and Auntie Tina.

He also spent some time as a policeman, putting people in "handcups" from amongst his police regalia, which included a Buzz Lightyear ray gun and some Mardi Gras beads featuring a police car medallion I brought him from NOLA. 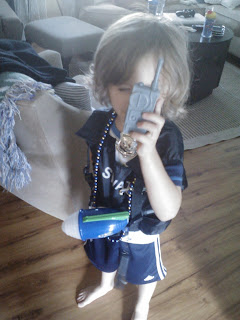 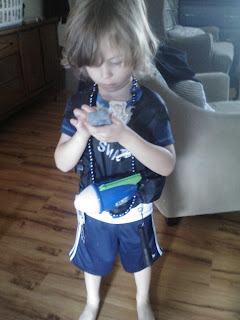 And art! Oh, the art. On the sidewalks, on his easel (which permanently lives in the kitchen now). It's a joy living in Ethan's colorful world. 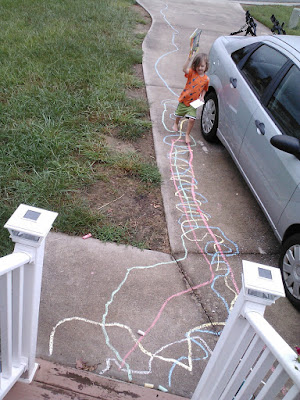 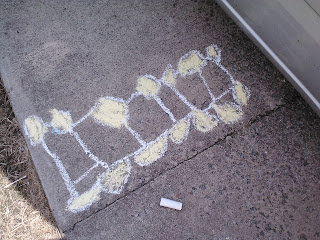 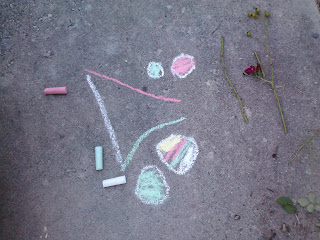 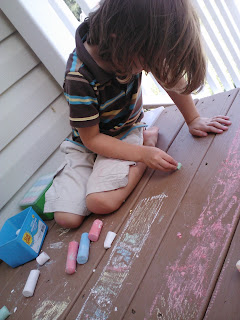 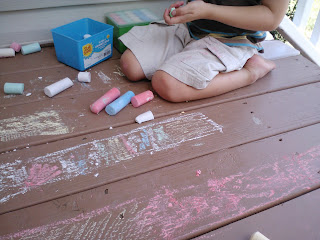 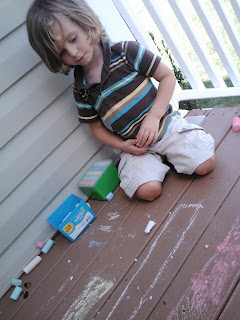 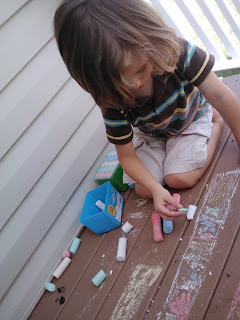 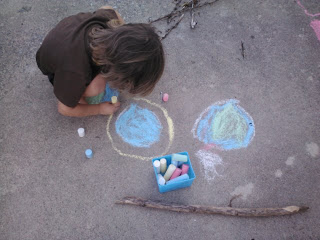 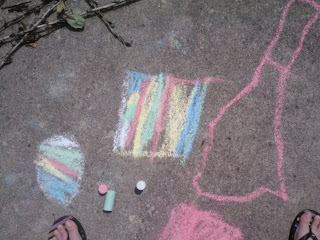 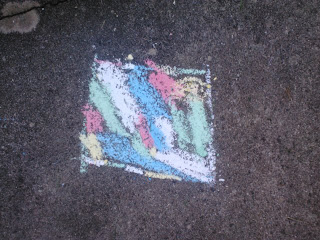