How do you fit Oscar Wilde, John Stamos, Calvin the cartoon, Tom Hanks, and Edward from Twilight into the same post? Read on, my friends.

Art imitates life, right? Or are you in the Oscar Wilde camp, believing that life imitates art more often? Certainly both are true to some extent. I think that the images and words we put out there, particularly in mass media, have a huge effect on everything from self-image to behavior.

(In my opinion, the biggest argument against TV's influence is The Mullet. That's right, The Mullet. Everyone in the deepest of Boondocks has a satellite dish these days, a link to the outside world, and yet people in even well-populated towns across America still think that The Mullet looks good. I just don't get it.) 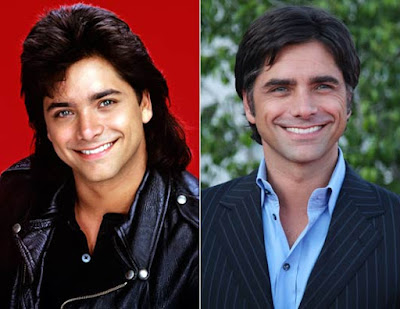 Maybe taking Full House reruns off the air would help.
Artistic expression originates somewhere, out of some experience, real or imagined. And as I've seen it, the standards are set far higher for those imagined experiences. How many times have you walked out of a movie that was neatly packaged, all loose ends tied, the heroine and the hero riding off into the sunset, and thought, Yeah, right. Ron Howard explained that several critics gave him grief over including a scene in Apollo 13 in which Marilyn Lovell loses her wedding ring down a motel drain the very morning that her husband, Jim, was strapped to a rocket for his ill-fated space flight. But...that actually happened. 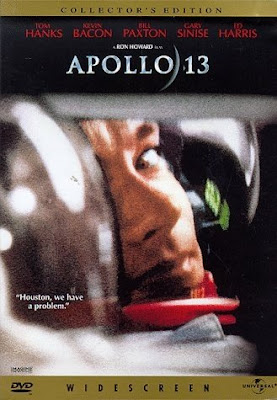 If it's cool for Tom Hanks to be a space nerd, that's good enough for me.

The other night, I was sitting in my Creative Nonfiction class, and we were discussing one of my classmate's essays. She wrote about her childhood fantasy life, in which she was a fairy. At the end of the essay she recounts a very poignant scene between her and her mother, one that perfectly wrapped up her essay and all its many underlying themes. And our professor said, "If this was fiction class, we'd all be saying, 'No way, that's too over-the-top, that would never happen, too unbelievable.'" And it's so true.

Narrow misses, ridiculously tragic losses, unlikely romances. These are things we relegate to books and Hollywood films--and usually to the second-rate ones, the ones that aren't edgy or avant-garde or "realistic." I just read an essay (in the anthology pictured in the right sidebar, for those of you who aren't viewing this through a feed reader) by Phillip Lopate called "Against Joie de Vivre." He cites a study of depressed and optimistic people, and the depressed people were obviously more unhappy, but apparently had a more "realistic" worldview.

Why can't we expect art to refract the many colors of happiness? Why can't art mimic the serendipitious as well as the calamitous, without being discredited? Why are those experiences, when "fictionalized" through art, somehow less believable? Fiction can often be equated with untruth, which would explain at least in part the relatively recent fanaticism for memoir (and the subsequent scandals over memoirs whose fictive qualities have been uncovered).

Forgive me if what I am about to say sounds hopelessly postmodern, but in many ways, truth is fickle, it is what we make it out to be. Memory is often an unreliable witness. So why not read or see or listen to what people have to say, knowing all along that this is their truth, as they see it, and appreciating it as such? This is why I can watch movies based on books and not really compare the two; I loved Twilight the movie, for instance, as much as I loved the books, even though the two didn't line up perfectly. 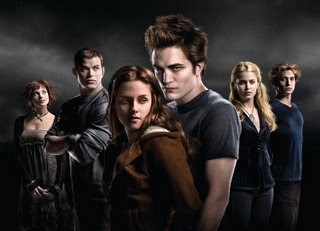 Although I might enjoy teen vampire flicks, rest assured I won't be donning knock-off Uggs with miniskirts anytime soon.

(And now you know my secret shame: I, a candidate for a Master's in English, love a teenage vampire series. I consider it the dessert of my reading list.)

But seriously, I can enjoy them both because I don't expect them to be anything, to do artistically exactly what I want them to do. Heck, I don't even like watching movie previews or "scenes from the next..." whatevers on TV. I like to be surprised, because then if I'm disappointed, I'm at least disappointed on a film or book or show's merits (or lack thereof) rather than how well it lived up to my expectations. This approach I took from Calvinism (the cartoon, not the religious philosophy), when Calvin confessed to Hobbes, "The lower I keep everyone's expectations, the happier they are when I fulfill the least of them." 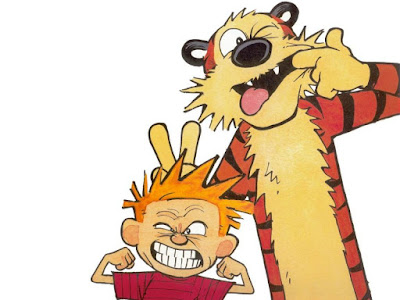 Upon reflection, I've taken many of my philosophical cues from Calvin and Hobbes.

I consider myself to be an optimist (prescription drugs notwithstanding). Instead of bitterly seeking the fiction in the truth, I prefer to be astonished by the truth in the fiction.

I prefer to believe that sometimes uncanny coincidences can lead to life-changing events. I prefer to believe when people say they've seen a ghost or an angel. I prefer to affirm other peoples' truths, even if the story ends with Tom Hanks and Meg Ryan falling in love as the curtain falls on one of their romantic comedies. 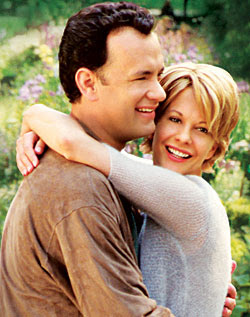 She could forgive him for putting her bookstore out of business after all.

Hi Erin :-) I think 'non-industrious' should definitely be a word, but you would probably know better than I (me?)! I loved this post of yours, I finally had a quiet moment to read it. No deep thoughts here, but I like your version of 'Calvinism' and I'm thinking I should pick up the "Twilight" series for my next 'read' - so many people love it. And finally, your last paragraph says it all, I agree with every word.

Thanks Jen! As a seasoned coiner of officially unrecognized words, I can't agree more. And do pick up Twilight--it's a quick and easy read, a lot of fun.

"Instead of bitterly seeking the fiction in the truth, I prefer to be astonished by the truth in the fiction."

Great post Erin--I absolutely loved it! (And you definitely have a point on that mullet thing--excellent argument!)

(That sounds dirty, doesn't it?)