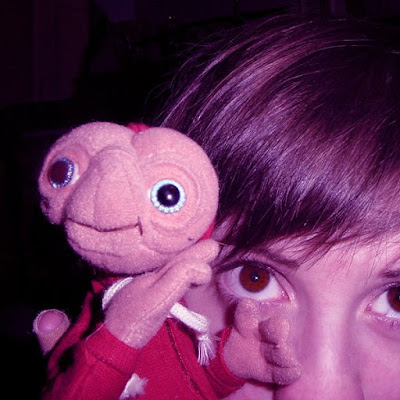 I've never been what one might call a "Party Girl" by any stretch. When it comes to celebrating, I look to Ina Garten for inspiration, and her idea of getting crazy is serving something low-brow like spaghetti or chicken hash. I haven't ever done anything to which the adjective "bacchanalian" could be attached. I'm not one to seek out party invitations, unless the party involves at least two people I know well (which is a challenge, because I actually only know about 5 people by what I label "well" — namely, voluntarily telling/hearing TMI to/from that person, so if you've ever heard or shared TMI with me, consider yourself one of the 5), a fool-proof exit strategy, plus a confirmed list of excellent appetizers. Though I love cooking and being a hostess, I've never really thrown very many official parties. Except for St. Patrick's Day two years ago, but most of the attendees were either my brother or Noah's police buddies. Actually, those were all of the attendees.

Nevertheless, I was surprised to find myself on our living room floor on New Year's Eve having a picnic of kitschy foods (barbecue meatballs, deviled eggs, and bacon cheddar spread — on French bread, for a touch of class) instead of livin' it up somewhere posh. As a true testament to our settled-downedness, Noah and I couldn't even bring ourselves to watch more than 10 minutes of Dick Clark's extravaganza, mainly because I feel so bad for Dick Clark, and also I simply can't identify with Kelly Pickler. And really, who in their right mind wouldn't feel as though they'd wandered into the Twilight Zone or Bizarro World while ringing in the new year on stage with Ryan Seacrest, Taylor Swift, Lionel Ritchie, the Jonas Brothers, and some other chic who couldn't get a word in edgewise.

So we flipped through the channels, resolved to return ourselves to Times Square to see the ball drop (that's what she said), and landed on an HDNet concert with a vaguely familiar band playing a set.

Noah: Who is this?
Erin: Some guys past their prime.
Noah: Holy crap, that's the Goo Goo Dolls.

And then, folks, the slightly-more-wrinkled-than-he-used-to-be Johnny Rzeznik stepped aside and I swear to you what appeared next can only be described as the weirdest spectacle I've seen since 2001: A Space Odyssey, in the form of bassist slash soloist Robby Takac.

Now, back in the day I wholeheartedly jumped on the "Name" and "Iris" bandwagon. Who didn't? But if I had been granted the opportunity to be a groupie, my response would have been something along the lines of "... meh." Foo Fighters. Now there's a double-o'ed band I can get behind.

Still, I was completely blindsided by the weirdness Takac now encompasses. I'm sure he's a very nice gentleman, but some trusted manager needs to take the guy aside and tell him that few white dudes can pull off the extra-long, multicolored skuzhair, and sadly, he is no longer one of them. For many reasons. Not least of which is he's over 40. Also, he doesn't fit the bill for your typical nearly-over-the-hill rock star. No prominent jaw or too-big mouth. No feathery, angled incarnation of a rad 80s 'do. He now has the body and the face of a middle-aged IT guy. With the hair of Medusa and the voice of a mid-90s one-hit wonder.

Am I being harsh? I feel like I'm being harsh. But seriously. Style advice for Robby Takac: Aim less for "office worker tries to live dream at Halloween" and more for... You know what? The JoBros' attire gets on my nerves, too, for being too calculated. So maybe what I'm trying to say is, I'm sorry Robby. It's not you; it's me.

In conclusion, I realized while on commercial that, despite being born the year after E.T. was released, and despite the fact that my initials were E.T. for 21 years, I had never tasted Reese's Pieces before. Today I discovered the providential appearance of Reese's Pieces at work in the honor-system snack bin and crossed "broaden my horizons" off the resolution list. "Be less critical" obviously still needs some work.

In the concluding remarks of the conclusion, Noah and I welcomed the new year snuggled in our comfs, drinking tea and eating Walker's shortbread. And if that's a barometer for the year to come, sounds good to me.
at 2.1.09

I'm glad to be one of your 5 :) . . . and I can't believe you just had Reeses Pieces for the first time in your life! Incredible. But you didn't comment if you like them.

You don't know much do you??

Anonymous, you don't know anything!