“How will I know you? Will you be wearing a red rose in your lapel?”

“On the Rue D' St. Juste, there will be a man on the bench, next to the customs office, reading a newspaper. Ask him for a match. He will provide further instructions. Either that, or call my cell.”


Way back when the cool thing for teenagers to do online was spend hours on the brand-new AOL Instant Messenger program, fingers crossed that the dial-up connection wouldn’t fail; technological EONS before Facebook and MySpace; before there was such a thing as a reputable dating website; YEARS before “blog” became common vocabulary; way back then is where this story begins.

One evening in the mid-90s, Tony and I — veritable strangers — started chatting on AIM about our common Irish heritage. Only to discover that he was Catholic, and I, well. I had to learn the Hail Mary so I could say it with my Irish Catholic dance teammates before our performance at the Oireachtas. Actually, the Tony-Erin association was forged in part because of Irish dance: At the time, he was dating a girl that I competed against.

He was a freshman in high school; I was a sophomore. He lived outside Cleveland; I was outside Chicago. He was Irish Catholic; I was Irish protestant. But somehow a flimsy digital connection based on controversy strengthened into a tangible friendship.

As time passed, we started bickering less and talking more, even writing actual pen-and-paper correspondence — remember, this was a pioneering online friendship, and we had to make sure the other wasn’t a crusty old perv before exchanging even our names, never mind addresses. By the time we hit college, we’d talk on the phone and send each other little gifts. (I mailed him a mini sombrero from Santa Fe; he included a yo-yo and book of poetry in his packages.) And of course, we exchanged several photographs. As it turns out, Tony and I became pen pals of the type rarely seen between two normal, contemporary teenagers — neither of us was in prison, nor did either of us turn out to be a middle-aged pedophile. We actually just wrote letters.

Other than at that competition in Canada that I serendipitously just wrote about (he went along with his girlfriend), we were never so much as in the same room together for our entire decadelong friendship.

That is, until Saturday.

After ten years of emails, letters and phone calls, I rather suddenly and unexpectedly found myself late Saturday afternoon watching a rather tall paratrooper who resembled my long-lost friend demonstrate maneuvers for jumping out of a plane in the middle of my living room. Curl inward, don’t reach for the ground, do this at 250 feet and that at 150, but who really knows where exactly that is if we’re being honest.

That tall Catholic boy who played high school football had turned into a full-fledged Lieutenant in the Army’s 82nd Airborne Division at Fort Bragg, not three hours from where this formerly twiglike Irish dancer moved to live with her North Carolinian husband and new baby.

Tony emailed me on Friday asking about our weekend plans. I told him we’d talked about going to the zoo, and we agreed to meet outside the Africa entrance. The irony of a guy from Cleveland and a girl from Chicago would meet after ten years of correspondence at the Africa entrance to the zoo in Asheboro, North Carolina, did not escape us.

I know with certainty that had we made an effort to meet up in person a few years ago, things would have been very different. How, precisely? I really don’t know. Except to say that we used to talk about one day when we had families our kids would play together, sort of off in the nebulous future, but here the future is, and here he is holding my son, and he’s saying, “come see your Uncle Tony!” 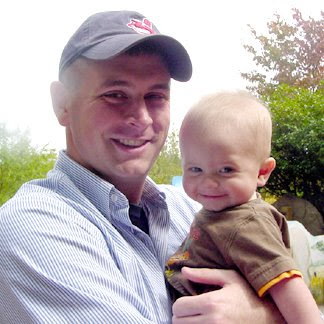 And I’m saying, Wow, I’m a wife and a mother and a professional, when did that happen.

Why didn’t we make the effort to be real-life friends before now? I have some more concrete theories about that, among them being we were young and didn’t want to change things, because when you’re young and you change things sometimes you end up losing them rather than making them better. Now we’re older, and more soundly understand what life is, and friendship.

There is a singular reason, though, why we finally did meet up. Tony is about to leave for Iraq.

All day he very patiently and graciously answered my disjointedly interjected questions, knowing exactly what I was talking about even though I couldn’t really bring myself to say the word “Iraq.” I’d ask things out of the blue, like “Does the time pass quickly, or does it drag on?” And he’d offer insights that I really had no clue about before.

The day was a full one.

The zoo. We witnessed a lioness devour a life-size papier-mâché ostrich, complete with feathers, and came up with some solid advice for anyone who happens to fall into a lion’s den: Do not under any circumstances stand on one leg, and avoid acting in any way like a large, flightless bird. We laughed immaturely but uncontrollably at the red-butted monkeys (actually, I mostly did the laughing at the monkeys; Noah and Tony laughed at me, and also at the guy who announced to his party as they walked in to the habitat, “See? RED BUTTS.”)

Our house. We got to watch part of the Notre Dame-UNC football game, which seemed to prove the auspiciousness of the day, since Tony likes Notre Dame and look, we’re in North Carolina.

Luigi’s. We, after a lengthy discussion between Noah and myself, decided to eat at a great little Italian place lacking in ambiance but abundant in fine pizza and hot wings. Noah and Tony bolstered each other onward as they tried to work through a large pizza that turned out to be much larger than they expected.

And then, all of a sudden, as abruptly as when we first saw each other at the zoo, Tony was gone, headed back to Fort Bragg.

Noah and I were both downhearted for the rest of the evening. When I asked Noah why he was sad, he said it was weird to know that we wouldn’t be able to see Tony again for a long time. Not like with other friends, when you say goodbye and it could be several years before you see each other again, you just don’t know it at the time, and frankly the thought doesn't bother you that much. With Tony, we definitely would see each other again soon, but we can’t. It is simply not an option. And of course, now that we finally have spent time together, it’s going to be difficult to go back to the not spending time together scenario. I can’t imagine how Tony’s fiancée (also named Erin, incidentally) must feel. Or any of the fiancées, significant others, children, parents, etc. etc. who have loved ones in a war that we really can’t say with conviction is worth the sacrifice.

I’m glad we finally met. I’m glad that Noah got to know a bit more about a friend who is with very few exceptions my oldest friend. I’m glad Tony got to see Ethan, who he said has a clever name that could signify either a rugged mountaineer or a debonair executive. I realize that in summary this sounds like the longest intro ever to the start of a bad joke: “An Army Lieutenant and an ex-Irish dancer walk into a zoo…”

But here’s the punch line: And they were friends for a long, long time. 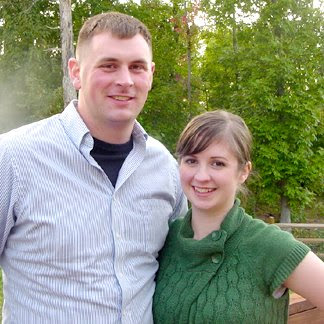 That's supposed to be Lisa, not Kusa. Although Kusa might be a nice online identity. Kind of ethnic?

And I was all excited to have a new reader. Oh well.

Wow. This was the coolest story ever. And I can totally remember those early days of the Internet. Chat rooms! AIM! It was all so wacky.